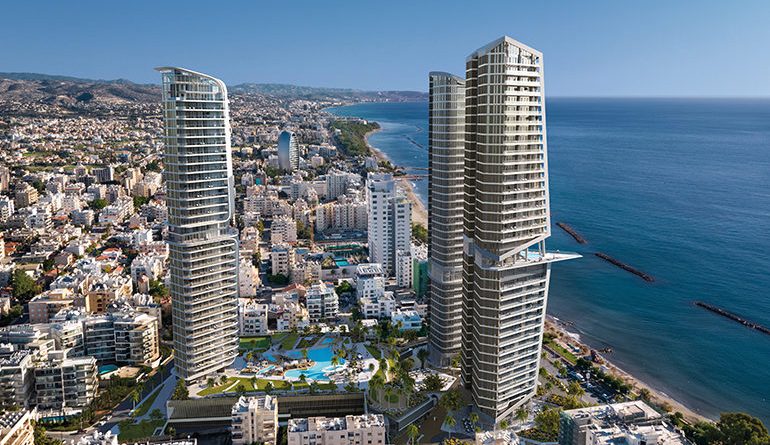 Following the 2012-13 financial crisis, Cyprus was left in economic shambles. The 2007-08 global financial crisis created massive cracks in the economy, to which the 2012-13 crisis dealt the finishing blow. The government had no choice but to request financial assistance from the European Union in the form of €10 billion. In exchange, Cyprus would have to raise a contribution of €5.8 billion. The main consequence of this deal was the closure of the island’s second largest bank, Laiki Bank, in order to raise €4.2 billion. The results were catastrophic; customers’ deposits above €100,000 were suddenly liable to being frozen and a fraction being used towards the bailout efforts. Cyprus was in a predicament of great magnitude and needed to find a solution quickly. One of the potential solutions was the implementation of a programme whereby high net-worth individuals would invest €2 million in one of multiple potential investment sectors in Cyprus, thus achieving naturalisation.

The Cyprus Investment Programme has generated €6.6 billion since its introduction in 2013, and has so far helped grant 1,864 citizenships to foreign investors. The effects of the programme have been quite evident. For example, the seafront in Limassol is blooming, with new buildings being erected at a constant commemorable speed. The shore is riddled with cranes surrounding construction sites, with more and more appearing all the time. Unsurprisingly, the programme has had positive effects on the construction sector in Cyprus. However, not all is as well as we would like to think. Despite the positive effects of the programme on the construction sector and foreign investment, economic growth has been minimal; topped with the fact that there is ever-growing pressure from the European Union, it is of little surprise that changes are underway.

Application Process and the Impact of the Changes

Before applying for the scheme, a foreign investor will first need to apply and obtain a residence permit in Cyprus, which must be kept for at least six months. However, following recent changes to the programme, the foreign investor in question must now have a valid Schengen visa in order to be viable for the programme. Furthermore, if he has applied for the acquisition of a citizenship in another EU Member State and was rejected, his eligibility for the programme is lost.

Prior to the introduced changes, the investment requirement was €2 million for all sectors eligible for investment. The changes have now introduced a new criterion whereby an applicant will need to invest €2.5 million in any of the eligible investment sectors, excluding residential properties. The investment was initially required to be maintained for at least three years following the acquisition of the Cypriot citizenship, but the changes now introduced a new five year period. During this period, an investor will be able to change his investment only if certain criteria are satisfied, the most pressing of which is the attainment of the Ministry of Finance’s approval.

On top of this new maintenance period, two donations of €75,000 each will need to be made. The first needs to be made to the Foundation for Research and Innovation in view of promoting the creation of an entrepreneurial innovation ecosystem, although it should be noted that this requirement can be waived with the approval of the Ministry of Finance if the applicant makes an investment of at least the same amount in a Social Welfare Company or Innovative Business. The second investment needs to be made to the Cyprus Land Development Corporation, with the idea being that the investment aids the implementation of affordable community housing in the Republic of Cyprus. Another change is that investment in government bonds is no longer an acceptable investment.

The Catalyst to the Changes

The changes to the programme were not casually thought up overnight; they were carefully premeditated, with the Ministry of Finance considering all aspects and the consequences of their implementation. As previously mentioned, the European Union, more specifically the European Commission, has been very critical of the programme not only in Cyprus but in other Member States as well. Their argument is that not enough due diligence checks are conducted, which can at times pave the way for money laundering, tax evasion, and other financial related crimes to take place.

These criticisms from EU officials, such as MEP Sven Giegold, are what prompted Cyprus to begin to implement changes. There was and still is a legitimate fear that the EU will attempt to abolish the programme in all Member States. This is why Cyprus has begun to implement changes, while Bulgaria has plans to abolish their version of the programme altogether. Whether these new changes introduced by the Cypriot government are enough to put the EU’s fears at ease is still up for debate.

The impact of the EU’s criticism was not the only reason behind the changes. The aforementioned introduction of two €75,000 investment requirements is a clear reaction from the government to the fact that the programme has not yet had the desired economic effect. While it does contribute to the country’s GDP (a growth of 1.2% out of a total of 13 percentage points between 2016-2019), the government is not satisfied. As such, their hope is that the two new investments begin to provide growth in research as well as affordable housing.

The Cyprus Investment Programme is a source of foreign investment which the government wishes to keep implemented, while at the same time have it reach its full potential with regards to the economy. The impact of the EU’s fear regarding the programme cannot be ignored, which is evident from the introduced changes. There is no guarantee that these changes are the final ones to be introduced, but if more are to be announced, G.C Charalambous & Co LLC will keep you informed.